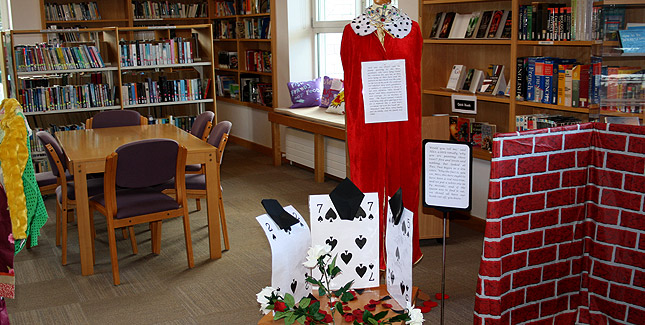 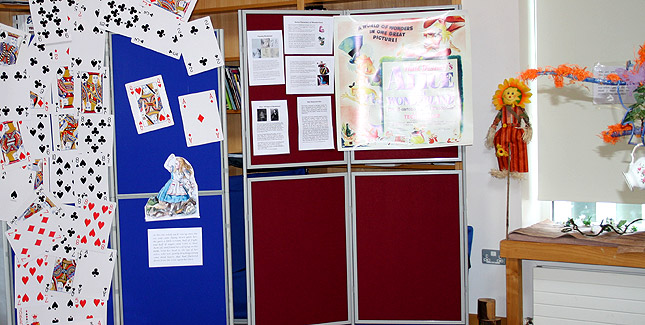 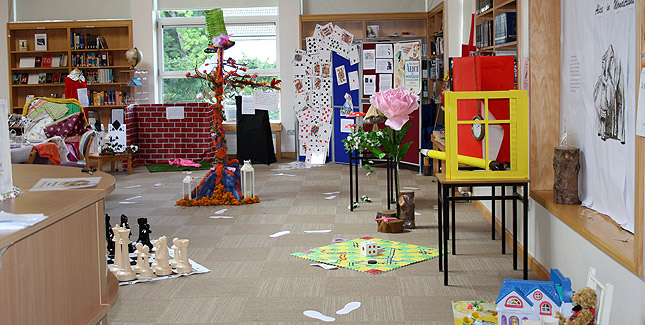 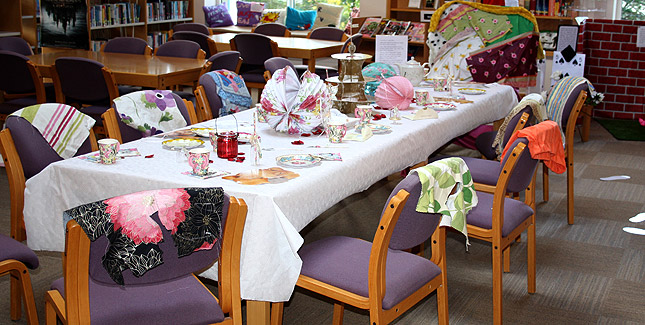 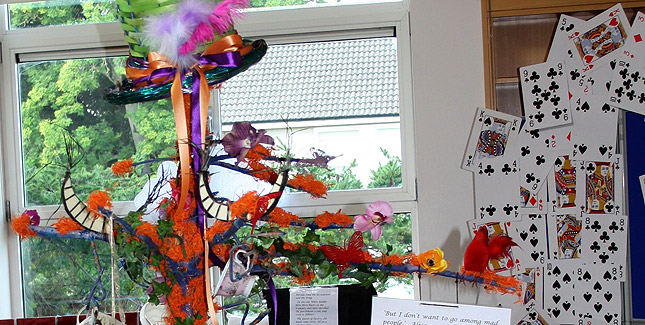 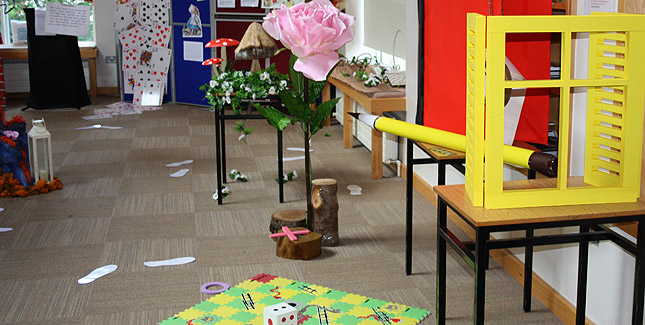 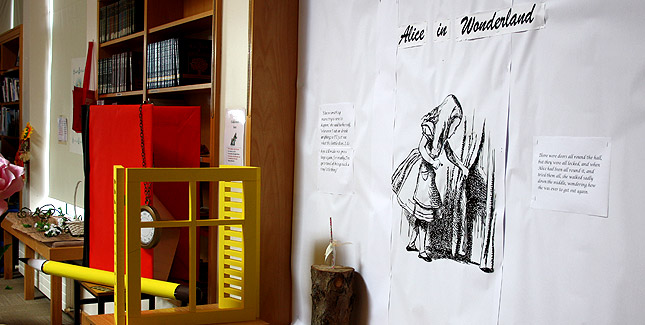 150 Years of Alice in Wonderland

To mark the 150th Anniversary of Lewis Carroll’s Alice in Wonderland I showcased an exhibition in the library in September 2015.

Alice in Wonderland is an 1865 novel written by Charles Lutwidge Dodgson under the pseudonym Lewis Carroll. The story was first told to the three Liddell sisters as he rowed down the Thames. The story was about a girl called Alice who fell down a rabbit hole and got into all sorts of adventures after that. After the boating trip ten year old Alice Liddell badgered Dodgson to write it down and Alice in Wonderland was born.

When students entered the library they could follow a spiralling path of footprints that led to different parts of the story. Such as, the Mad Hatters Tea Party, the Queens Croquet ground and the Chesire Cat. Most people will probably remember the story from the Walt Disney version, which has quite a different take from the book (which I found to be quite strange and dark.) Since its’ publication Alice in Wonderland has never gone out of print and has enchanted millions of children over the globe. It paved the way for a new era of children’s literature: books that simply created imaginative worlds in which children could let their minds go free.

Thanks to the curiosity, fantasy and downright silliness of Alice in Wonderland children’s literature may never have branched out into the world of the imagination. Perhaps books like Harry Potter wouldn’t exist and where would we be without Harry Potter?

“I’m afraid I can’t explain myself because I’m not myself you see.”